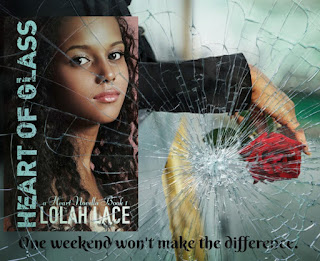 I'm super-excited about my new release on Friday. These are my muses for my characters Kelby Dozier and Antonio Dozier.

Here's a short excerpt from HEART OF GLASS is available for preorder. http://a.co/6w2ixgv

Coming Feb. 24 and part of the HEART novella series. 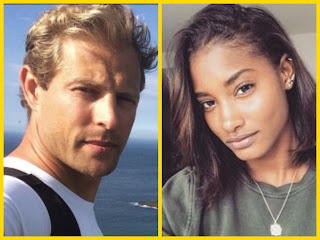 EXCERPT: I heard the door open and close. Joel had left me in the house. I even heard his Porsche drive away. With the blindfold, my other senses were heightened. In utter silence, I sat on the leather sofa at the bottom of the stairs. The only thing I could hear was my heartbeat. Frightened was an understatement. I was petri-fucking-fied. My clammy hands were placed flat on my lap. Was I really going through with this? The answer was yes.
I was pretty good at estimating time. I had been sitting for about six minutes when I heard his footsteps. They weren’t Joel’s. The patter had a loftier rhythm. The steps were heavier, steadier and somewhat musical.
“Don’t move.” His voice was deep. He seemed older but I knew he was older than me. “Did you hear me?”
I swallowed air. My throat was bone dry. “Yes.” My voice shook and my knees bumped together.
“You can speak when spoken to. I expect responses.” His voice seemed familiar to me.
“Sorry.”
“Don’t move.”
“Okay.” I could barely hear my own voice.
I listened as he strolled closer toward me. He was nearby. I could feel his presence. The aroma of his cologne accosted me. He smelled expensive, leathery, cool and frosty.
“Raise your hands up in the air.” He ordered and my first thought was – and wave them like you just don’t care. My fear had turned into comic relief. Kevin Hart would be proud.
This man’s voice made my body shudder. I slowly raised my hands off my lap. He took one of my hands. “Stand.” He pulled me to standing. He was holding my wrist. He took both of them with one of his hands. His hands were big enough to hold both of my wrists. Impressive or scary? I was still trying to figure it out.
Posted by Lolah Lace at 9:00 AM